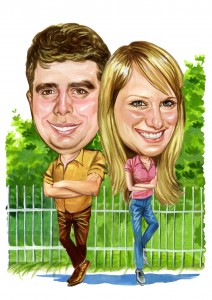 We try not to take ourselves too seriously

What on earth is WamBam Fence?

Despite the name of our company, we aren’t doing anything illegal, immoral, or unethetical.

Here at WamBam, we want to change the world of do-it-yourself fence. Renting augers, digging holes, and pouring hundreds–if not thousands–of pounds of cement makes installing fence a big pain in the keister. There’s a better way, and we’re honored to be able to bring this concept to the market to save homeowners lots of time and hassle.

…and who are you?

We’re just two Canadians that moved to the States to start WamBam Fence. We’re not into corporate stuffy blogs and we like to tell stories, so this is a behind the scenes peek at two Canadians trying to launch a new start-up in a recession. And let’s face it, it’s a shameless way to help our search engine optimization efforts. But hey, at least we can admit it.

A lot of things and people had to come together for WamBam to go from conception to design to tangible product. But at the end of the day, it’s Steve and Denise (and a few others) working like squirrels in a small office in North Carolina to get this baby off the ground. And I would be remiss if I didn’t mention that we’ve had lots of help from dozens of people along the way.

About Steve
Long story short, Steve is an entrepreneur at heart. He got his business legs by managing his brother’s professional fence company at the age of 20, started New England Arbors quite a few years later, and in 2009 decided to start WamBam Fence. Wanting to be closer to the target customer base–and let’s face it, some sunshine– he moved his wife and 3 kids to North Carolina.

About Denise
Denise started at New England Arbors in early 2003 and fit in to the culture like a dirty shirt. Fast forward seven years and she got an opportunity to be part of the start-up WamBam Fence. After a 3 month sabbatical where she backpacked around the globe, she loaded up a U-Haul and settled into an apartment in North Carolina.

And that’s the long and short of it.

Let us know if you have any suggestions, tips, questions or rotten tomatoes to chuck at our heads.