Testimony: “An Insidious Screening of Hideousness”

We recently received a testimony with photos from one of our creative and distinguished customers, named Andy. He explained that he wanted to hide his trash can, wood pile and recycling bin. The challenge was that the front of his house is really the back of the house; the back of the house faces the street. In Andy’s words, “Weird, huh?” Since the area of concern was visible to people driving and walking by, he needed something that would not only do the job, but look good doing it. According to Andy, he wanted something that wouldn’t be a “visual meh.” So, he turned to WamBam.

Andy decided to fence his garbage in, calling it “…an insidious screening of hideousness!” He started with a fairly blank slate. He did however discover a hidden concrete walkway as he was excavating. As with many installation projects, he was surprised at the discovery, but was not deterred. He said it “Required some carnival style ring-the-bell strikes with a sledge and voila-they were reduced to manageable rubble.” After marking the underground utilities, he was ready to go. 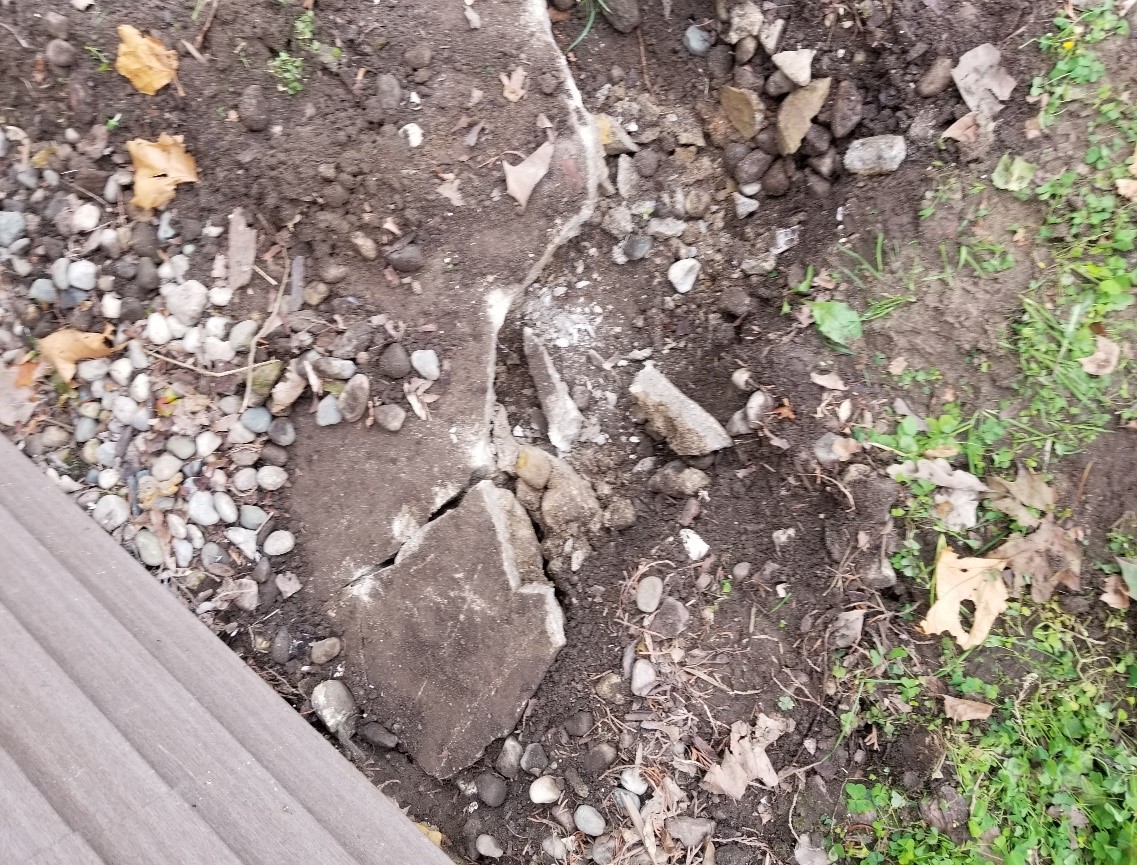 Next, he laid out his site, based it in and pounded the posts. He followed with pavers and a tumbled bluestone border and finished with the fence, gate and bluestone steppers. He got the creative idea to cut the WamBam 6’ Peeping Tom Vinyl Fence down to 4’. This allowed him to cover what he needed to, while still utilizing the window in the area.

Andy’s customization really showcases the creativity that can go into installing do-it-yourself fencing! He ended his letter with, “We love it, neighbors love it and no more gazing at my garbage!” This is why we at WamBam do what we do. The pleasure and pride that our customer’s experience after completing a project themselves is what drives us to keep coming out with innovative ideas and quality products.