For the best experience, we recommend you view our website on a computer or laptop.

During business hours and sometimes beyond, we're online

Send us an email. We will promptly reply in one business day

From Canada to North Carolina

We’re not Harvard business school graduates and we don’t drive fancy cars. Not that there is anything wrong with this, of course. But we’re just your average Joes. Stephen stumbled into the fence business when he was just a teenager in Sarnia, Ontario, Canada. His older brothers had started a successful fence installation company and had their eyes on other endeavors, so they di 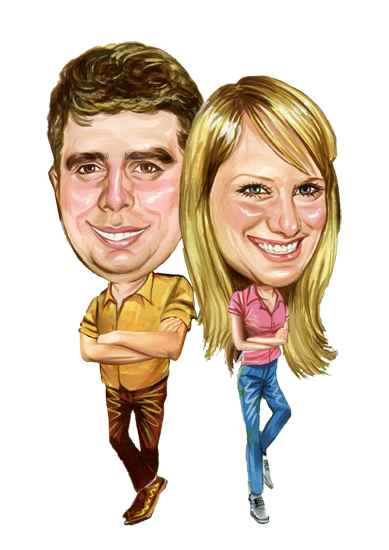 d what they probably should not have done, which was to leave their 18 year old kid brother in charge. Through that company, with some others in tow, he birthed New England Arbors in 1999. In 2003, Denise was hired as an entry level sales grunt. Four years later, Mayne Mailposts was spun out from New England Arbors.

In 2007, with almost 10 years of product development and plastics manufacturing experience under his belt, Stephen was introduced to Clever Joe and no-dig fence. He was fascinated with the no-dig concept, especially when he learned that almost all vinyl fences in Western Canada were being installed this way. From his days of fencing, he knew how much work was involved with digging holes and pouring concrete, and was excited that there was a proven way that was much easier.

Ever the entrepreneur at heart , Stephen had a passion to bring no-dig fence to homeowners across America to save them time and money. After a couple years of R&D, he took his wife and family from Canada to Charlotte, NC to start WamBam Fence. Denise joined him a few months later after a trip backpacking around the world. With working VISAs in tow and no knowledge of health care (plus more than a few twinges of homesickness), they put their heads down and their butts up to bring WamBam Fence to market.

Since then, there are so many people who now make up WamBam Fence. There are the folks that work hard in the warehouse getting shipments out the door, a great sales and support team, and a razor sharp web developer, just to name just a few. WamBam Fence has grown to be something bigger than just 2 Canadians bringing an easy-install fence to the States. In 2016 WamBam Fence launched a new brand of outdoor products called Zippity Outdoor. You can check out that website at zippity-outdoor.com.

Has it been easy? Absolutely not. But if it was easy, everyone would do it. Has it been rewarding? Completely. Some may think what we do isn’t all that important. We peddle fence. But we think it’s very important. We get a real sense of satisfaction in what we do. We love saving customers money and seeing the satisfaction and pride they get from tackling their own fence projects. The reviews and testimonials our customers give us are both humbling and exciting, and make us excited to come into work every day.

We invite you to visit our blog to learn more about our company and culture. Regarding career opportunities, we are always interested in finding great people to expand our sales/support team. Please send inquiries to denise@wambamfence.com.